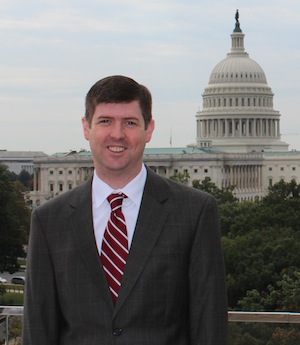 Brian Diffell serves as president of WTG Global, a division of the Washington Tax & Public Policy Group that focuses on international trade and investment policies, as well as other international issues that affect clients. Mr. Diffell joined the Washington Tax & Public Policy Group in October 2013 following 12 years of House and Senate service for now-Senator Roy Blunt of Missouri, including five years as Blunt’s legislative director. During his congressional career Mr. Diffell worked across all areas of public policy, specializing in international trade, intelligence, defense, foreign policy, immigration, and telecommunications issues.

Mr. Diffell’s legislative background uniquely includes experience in both the House and Senate Republican leadership, owing to Blunt’s status as one of two legislators in U.S. history to serve in elected leadership roles in both bodies. This experience and the contacts he maintains in both leaderships and parties provides unparalleled insight into the actions of the House and Senate at the highest levels of decision-making.

During his Capitol Hill career, Mr. Diffell served as the lead House Majority Whip policy staffer during the narrow passage of the U.S.-Dominican Republic-Central America Free Trade Agreement (DR-CAFTA) in 2005, lead House majority staffer in negotiating and passing the Iran Sanctions Act of 2006, lead House Republican staffer on bipartisan negotiations leading to passage of the Foreign Intelligence Surveillance Act (FISA) Amendments Act of 2008, and lead Senate Republican staffer on bipartisan negotiations leading to the passage of free trade agreements with South Korea, Colombia, and Panama in 2011.

Mr. Diffell’s unique legislative experience makes him one of the few former staffers with policy, political, and strategic experience across both the House and Senate in both the majority and the minority. Mr. Diffell has always worked easily and successfully across the party aisle and has strategized on all aspects of the policy-making process, including communications, floor strategy, Member management, and political dynamics. He brings the same attitude toward getting things done on behalf of clients, even in the difficult Washington political environment we face today.

Raised in Blacksburg, Virginia, Mr. Diffell graduated from the College of William & Mary with a degree in International Relations, focusing on European studies. He holds a Master’s Degree in National Security and Strategic Studies with highest distinction from the United States Naval War College. He serves on the boards of trustees of the College of William & Mary Public Policy Program and the American Council of Young Political Leaders. Mr. Diffell lives in Falls Church, Virginia, with his wife and two children.