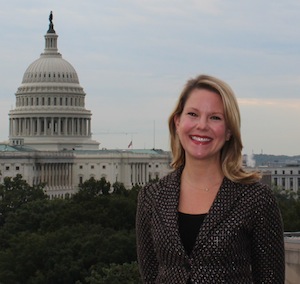 During her 6 years on Capitol Hill, Ms. Fowler worked extensively on legislation pending before the Finance, Budget, Banking, Appropriations, Environment & Public Works, and the Homeland Security & Government Affairs Committees. She was responsible for developing and implementing Senator Voinovich’s legislative agenda in the areas of tax, budget, insurance, pensions and banking with an emphasis on fiscal responsibility. In the 110th Congress, she was responsible for passage of key legislation within the Senator’s agenda, which included passage of The Mortgage Debt Relief Act of 2007 and the Housing and Economic Recovery Act of 2008.

Prior to working for Senator Voinovich, Ms. Fowler worked for Congressman Jim McCrery during his tenure as the Ranking Member of the Ways and Means Committee. Ms. Fowler’s areas of responsibility included tax, budget, small business and pension matters.

Before her work as a Congressional staffer, Ms. Fowler also worked as a member of the Federal Public Policy team at the National Federation of Independent Business, the largest small business advocacy in the United States representing 350,000 small business owners in Washington.