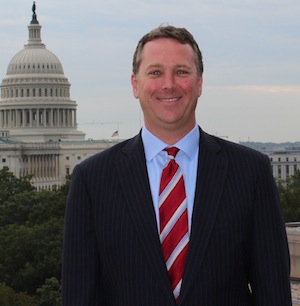 While working for the Ways and Means Committee, Mr. Nickerson had primary responsibility for the American Jobs Creation Act of 2004, the most significant business tax reform legislation enacted in the past twenty years. Mr. Nickerson also was lead tax staff on the dividend and capital gains rate cuts and other business incentives in the Jobs and Growth Tax Relief Reconciliation Act of 2003. His primary areas of jurisdiction for the Committee included corporate transactions, international taxation, energy taxation, depreciation, alternative minimum tax, financial products, tax shelters, research and development, business tax credits, and insurance taxation.

Mr. Nickerson served on the Delegate and Caucus Team at the 2004 Republican National Convention in New York and worked as an attorney advisor to the National Republican Senatorial Committee during the 2004 and 2006 elections.

Prior to joining the Committee on Ways and Means, Mr. Nickerson spent two years as the counsel for the National Foreign Trade Council working closely with NFTC’s 450 multinational corporations, the Department of Treasury, the United States Trade Representative and Congress on international tax and trade legislation and agreements. Prior to that, Mr. Nickerson spent seven years as a trial attorney for the Department of Justice, Tax Division and the Internal Revenue Service.